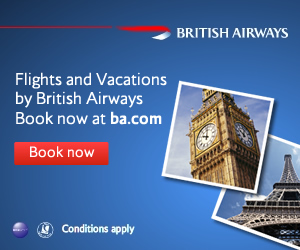 Check-in counters may vary depending on the airport needs. Refer to flight Departures in the respective panels of information.

British Airways has the OACI code: BAW and the IATA code: BA.

In January 2011 Iberia and BA signed a deal to merge, and create the International Airlines Group ("IAG") group. IAG is the world's third-largest airline group in terms of annual revenue and the second-largest in Europe.

British Airways flies direct from Malaga to London (Heathrow, Gatwick and City), UK, connecting to over 100 destinations worldwide. On seasonal flies to London-Stansted y Manchester.
Note: Airlines can add or delete routes based on demand and/or season of year.

The range of destinations usually offered by British Airways may vary due to low demand for flights, until the return to normal after the impact of the health crisis.